Goal Achieved? So What’s Next?

Goal Achieved? So What’s Next? 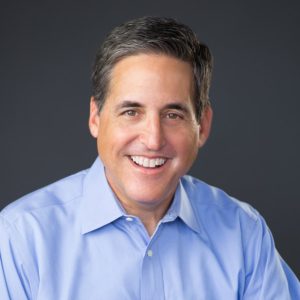 In my last blog, I examined what is essential to goal setting and achieving, and concluded that “telling others” was the most important and essential action you can take. Yes, it is important and necessary to set big, hairy, “stretch” goals, while also being realistic about your current “as is” state or condition. And it is important to be specific and detailed in describing your goals, and to break them down into smaller, “bite size” steps with a time-line, milestones and “by-when” dates. And, it is good to identify a first step you can do right away to get your motivation flowing. But the most essential element for achieving your goals is telling others.

Telling others makes your goals “real” and makes you accountable for achieving them, transforming your goals from “hopeful wishes” to serious commitments. The people you tell are going to ask how your goals are coming along, and this provides motivation to expend the effort needed to achieve your goals and to avoid having to admit you’ve fallen short or given up. If you tell others about your goals, it means you’re serious and “determined,” and if you don’t tell others it means you’re not. It’s that simple.

Telling others also has some unanticipated and unexpected benefits. If you tell others you know have worked to achieve the same or similar goals, you can ask for advice and obtain crucial information that often turns out to be the difference between success and disappointment. Telling others also inspires them, based on your example, to set and begin working on their own “stretch” goals.

When you take on big, important, stretch goals, you may feel “braggadocios” telling others about your achievements and plans for “what’s next.” But this is bad “advice” from your little voice: so don’t listen to it! Instead, tell others honestly and humbly about all these things, as doing so is essential for both goal achievement and inspiring others to pursue and achieve their own goals.

When it comes to “what’s next,” the possibilities can run many directions. To illustrate some of these possibilities, I’ll use a personal goal I achieved in 2015. On Saturday, September 26, 2015, I achieved my goal of completing a half-marathon (my first) without stopping or walking, in my goal time of 2.5 hours. So what might be “next” for me in 2016?

So enough about me. What’s next for you in 2016? Reply and tell us to increase your commitment to achieve your goals and so all of us can be inspired!