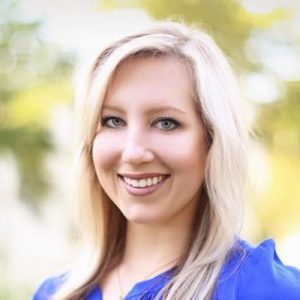 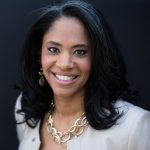 We are thrilled to feature Jina Etienne, President and CEO of the National Association of Black Accountants, Inc. (NABA) as our first Leadership Spotlight of 2017. Jina is a bright up-and-comer in our profession who leads the day-to-day operations of NABA’s national office and provides strategic direction and leadership for the organization.

Prior to her current role, Jina was Director – Taxation, Tax Ethics & Professional Standards, for the AICPA where she led the team that develops tax-related resources and practice aids. In this role, Jina also helped raise awareness and understanding of the AICPA Statements on Standards for Tax Services, authoring many articles and blogs and speaking to conference and webinar audiences about tax practice management and tax practitioner ethics. Jina’s experience also includes founding a boutique CPA firm, Etienne & Associates, LLC and conducting and speaking at various national accounting and tax seminars.

Jina inspires us with her entrepreneurial nature and her insightful perspective on leadership.  Here’s what she has to say on leadership:

ConvergenceCoaching: Whose leadership style do you most admire and why?
JE: I admire President Barack Obama for so many things – his passion, intelligence, patience, charisma, confidence, thoughtfulness, and love of family. I would describe his leadership style as authentic, strategic and decisive.

I say authentic because he always knew how much to share of himself, and how much to hold back.  Being President isn’t easy.  I can only imagine how difficult it must have been to be the first black president. Yet, I never felt as if he covered up who he was or tried to be someone else.  He was both vulnerable and strong – a rare combination!

I say strategic because he wasn’t focused on tactics, but on outcomes. He knew that it wasn’t enough to share a vision or an idea, but he also had to be able to communicate it.  He is a great orator and able to transcend differences to appeal to everyone.

Finally, I say decisive because when he made a decision, he didn’t waffle or second-guess. There is a risk in being perceived as inflexible or arrogant, but those words only apply if you are self-centered and lack vision. Obama knows that there are times when a leader must listen and build consensus, and times when a leader must simply command. I think he is a great example of balancing these skills.

Of these three characteristics, I admire his authenticity the most. Although I didn’t always agree with his policies or politics, I never doubted his integrity or character because he consistently showed up as the same person.  He wasn’t afraid to share his ideals, goals and dreams, and they didn’t change over his term as president.  He wasn’t afraid to step-up or step-back, depending on the situation.  But, above all, he was never afraid to show his love for his wife and children – something that I believe is the mark of an exceptional man, husband and father.

ConvergenceCoaching: What do you think the single most important leadership attribute or characteristic is and why?
JE: Wow – it was surprisingly hard for me to narrow it down to just one because I believe that the answer will vary with the person. For some, it is flexibility. For others, it may be compassion. While for others, it could be patience.

I also think that the single most important attribute could vary as circumstances change.  Last year, it may have been humility.  Today, it might be honesty.  Tomorrow, it could be curiosity.  Then I realized that to shift between attributes like flexibility, compassion, or humility, a leader must first be self-aware.  Self-awareness requires honesty – to see things as they are (not just how you want them to be), to understand the impact you may have on others (both positive and negative), to share what you really think (constructively and thoughtfully, but candidly), to admit mistakes (after all, that is how you learn and grow from them), and to share credit and attribution (because nothing is truly a “solo” act).

So, my answer is honesty, in all its various forms and meanings.

ConvergenceCoaching: What do you look for in young up-and-coming leaders?
JE: Passion.  Too often we tell our up-and-coming talent to focus on learning special skills or developing certain attributes and technical competencies.  I think we do this because it is easier to teach the “how.”  However, even the best skills and technical abilities won’t matter if you aren’t doing the right things or working toward the right goals.  This means understanding the “why” – something that is infinitely more difficult to teach. The Roman philosopher Seneca is credited with the saying “Luck is what happens when preparation meets opportunity.” To me, this means that success is not the result of hard work alone. You must put yourself “out there” so that opportunity can find you and you are ready for it when it does.  I think a natural leader has passion for a vision - their “why.” If they have or are working on those skills and competencies, then you can link their “why” to your organization’s goals, and they will naturally pursue that vision with preparation, curiosity and faith.

ConvergenceCoaching: How do you develop leadership in others?
JE: Encourage (vs. enable) and coach (vs. direct).  I think that natural leaders intuitively push, pursue, ask, drive and endure.  They work around obstacles instead of being stopped by them.  They may even stop to explore an obstacle because they recognize that there may be an important lesson to learn in having had to go around it.  I believe leadership is something innate, and not everyone can be a leader.  I also believe that while many people are born with a natural or intrinsic ability to lead, you cannot become a good leader without cultivation and practice.  To develop leaders, we must first be able to identify that intrinsic ability, then nurture it through a combination of feedback, coaching, encouragement, and confidence.

ConvergenceCoaching: What advice do you have for those looking to step into a leadership position in their firms or businesses?
JE: Three things: 1) Don’t be afraid to ask, 2) Offer to help, 3) If it works, share it.

I think a good leader asks a lot of questions for a lot of different reasons, such as: to understand, to explore, to challenge, or to gain clarity.  Too often, people are afraid to ask questions because they are worried it will give others the impression that they don’t know something.  I’ve always wondered why it wasn’t the reverse – where people are afraid to NOT ask a question because it may appear that they know something they don’t.

Asking questions, particularly when you are asking to challenge an idea or push back on something, requires some bravery and confidence. That is a sign of a potential leader.  Speaking of confidence, you can demonstrate both your knowledge and your confidence by offering to help others.  I believe good leaders are willing to give advice and share information when it comes to things that they know and understand.  They help because it is what is in the best interest of the team, or the project or the organization.

Finally, we all like to succeed, which requires cooperation and participation.  A good leader isn’t focused on getting credit.  I think good leaders are naturally inclined to share a best practice, tip, or successful strategy because they are focused on doing the right things to achieve a successful outcome.

Two particular ideas that Jina shared in her responses caught my attention. The first was her perspective on encouraging and coaching up-and-comers rather than enabling and directing them. That idea of coaching instead of telling is so important in terms of helping someone identify the right path to take in any given situation, while allowing them to grow and build confidence from that experience.

The other idea was Jina’s perspective on asking questions and that if we aren’t asking the questions that are in our minds, it might instead appear that we know something we don’t. I love that! It doesn’t seem that we think about asking questions in that way, especially those of us who fear looking inexperienced, unknowledgeable or “dumb” by asking a certain question. The opposite fear that Jina is pointing to actually turns out to be worse – risking that we’re being inauthentic by pretending to know something we don’t. Instead, let’s adopt a mindset that we ask questions because we want to continue to grow, learn and adapt – and the minute we think we don’t have to ask anymore, is the minute we become “stuck.”

What is your perspective on growing your leadership skills? How do you help others become more effective leaders? Please share with us in the comments box below. We’d love your feedback!

The ConvergenceCoaching® team is excited to announce the launch of our 2022 Anytime, Anywhere Work™ (ATAWW) Survey, where we seek input on the adoption of remote and flexible work practices in accounting and consulting firms across the country. The survey is now open for your participation!

The survey is open for input through July 15, 2022. We appreciate your participation!

*The survey is designed for one person per accounting and consulting firm – usually the Managing Partner or an HR professional -- to complete information about their firm’s practices.