May the Fourth be With You

Home>Posts>Inspired Ideas Blog, Leadership>May the Fourth be With You
Previous Next

May the Fourth be With You 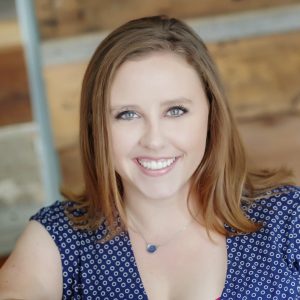 ConvergenceCoaching’s resident #nerd checking in for duty! Last year, I explored leadership lessons I learned as a child from watching Star Trek from the floor of my parents’ bedroom, in my blog  Leadership Lessons from a Trekkie. However, in recognition of May 4th, or what some Star Wars fans call “May the Fourth Be with You” day, I decided to share a few leadership lessons I learned from Star Wars for a little light-hearted reading.

Han Solo, Chewbacca, R2-D2, C-3PO, Princess Leia, and Luke Skywalker were all from totally different places (planets, in some cases!) and they all butted heads at the beginning of their relationships. They criticized each other, teased each other harshly, and lacked mutual respect. All of them believed they knew the “right way” to do something and got themselves collectively into trouble. It was only when they began to recognize the unique strengths they each possessed that they began to be successful.

Embrace your teams’ strengths and past experiences, in good times and especially when things are difficult. Your team genuinely wants to succeed. Being honest with them about the needs of your project or performance of your firm can bring innovative solutions to the table.

“Bring ‘em on. I prefer a straight fight to all this sneaking around,” said Han Solo to Luke Skywalker in Episode IV. Yes, it probably isn’t wise to broadcast your location when you are visiting a place called the “Death Star” but you have to admit Han’s desire to face a problem head-on instead of dancing around it is endearing and a must for a leader.

Talking about performance, money, or apologizing can be a similar feeling to being on the Death Star for many. However, the anticipation of bringing up the topic is often worse than the honest, straight-forward conversation. Addressing the problem head-on allows everyone involved to see your challenge instead of “sneaking around” in the background. That way, you can start moving forward to resolve it. If you have some difficult conversations lurking in the background and you don’t know where to start, read Jack Lee’s Difficult Conversations You Must Have blog as a starting point.

For the unfamiliar, Luke Skywalker was a farm boy who ventured out on his own, against his Uncle’s wishes, to locate the Jedi master Obi-Wan Kenobi. Luke soon runs into trouble and is saved by the very man he was searching for. Luke joins Obi-Wan on a mission to save Princess Leia and dreams of learning the Jedi ways. As Luke struggles through his brief Jedi training with Obi-Wan, he is teased by Han Solo but still he persists. Throughout Luke’s failures, he continues to trust Obi-Wan’s training and guidance, even long after Obi-Wan is gone.

This is not unlike the importance of having a mentor for every up-and-coming or established leader. The relationship with your own “Jedi Master” should be one of trust, vulnerability, and straight-forward, no-nonsense feedback. Your mentor’s guidance will stick with you and will help you become a better leader and a better person. I invite you to seek out a mentor in your firm, someone who you admire or want to learn from and ask to tag-along on some phone calls or meetings with clients so you can learn from them. And, if you consider yourself an established leader, look within your firm for a NextGen leader that you can invite to an upcoming meeting or begin establishing an open and honest relationship with them. You both can learn from each other.

Having a theme song when you walk in a room may be memorable, but if it strikes fear in your team then you are being remembered for the wrong thing. I have never met a person who didn’t know Darth Vader’s theme song or the fear he created in his people. People followed him out of fear and were scared to fail. This stifled any innovation, for example, the many failed Death Stars. Be kind and work to inspire appreciation from your team. Be open to new ideas and creativity as it can lead to innovation and success for the entire firm.

While I only brushed the surface of leadership lessons found in the Star Wars saga, I hope it helps you find the force within you and you use it for good.

May the Fourth be with you,

Emily Brantz is a Consultant and Project Manager at ConvergenceCoaching, LLC, a national consulting firm dedicated to developing leaders and transforming teams through coaching, practice consulting, strategic planning and learning and development.