The Open-ended Effort of Yoga, Motherhood, and Career

The Open-ended Effort of Yoga, Motherhood, and Career 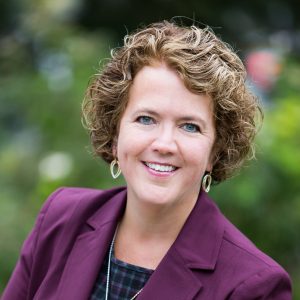 Monday night in yoga during a pose, my instructor said that sometimes the most difficult part of yoga is not knowing how long the pose is going to last. I agree!  He encouraged us to practice “open-ended effort” and use our breathing to work through the discomfort, the challenge of the pose and the unknown amount of time for which he was going to ask us to hold the position. As I reflected on this idea of open-ended effort, I thought about having children and not knowing how long childbirth would last, how long the baby would cry in the middle of the night, how many hours of homework there would be and when I could stop worrying about my three children. Open-ended effort is required to be a mom.

I often hear from firm leaders that the willingness to see something through to the end – no matter the effort -- is missing in our younger generation.  I don’t think our younger people are lacking commitment.  Instead, they struggle because the end isn’t clearly defined.  For example, when we explain that we’re practicing each of these words until you can spell every one of them without a mistake or when I understand that I will worry about and love my children until I die —our expectations are set and then you settle into the effort.  In work, examples include defining that the end of a project is the tax return is accurate and delivered to the client by the date we committed or we’re acting as the clients’ controller until they hire and train a new one.  When the end – the deliverable or the result – is defined and we talk about it (not assuming everyone knows or defines it the same way!), it becomes easier to commit to the long haul.

Sometimes, I see leaders, too, who are unwilling to practice open-ended effort.  They say they’re committed to work through changes in their firm but when it becomes uncomfortable or they lose sight of what the end looks like, they look for ways to take short cuts, drop anchor or throw in the towel mid-stream.  Open-ended effort requires endurance and long-term commitment to realize the benefits of the change, whether it’s creating an engaging culture and developing your rising stars, working through retirement transitions or integrating teams through a merger.

Just as in yoga, we need to remember to breathe as we work through change. We also
need to enlist support – from a guide, fellow partners, family members and many others. Sometimes the support is simply someone to help remind us about what we saw possible in the first place – someone to remind us of the benefits and results we expect to produce that make the effort worthwhile and to share all the good things we experience along the way. It’s normal to forget and want to quit.  Instead, take a breath, ask for support, and remember the bright future you envisioned that had you embark on the journey in the first place.

Where in your life or work can you recommit to practice open-ended effort? What kind of support do you need to enlist or where can you support others?

P.S. Happy Mother’s Day to all the moms who have engaged in the most rewarding
open-ended effort on the planet!