View from the Top

View from the Top

In the past few months, I have coached two clients, “John” and “Sarah,” who have recently been promoted to high-level executive positions.  John replaced an executive consultant to work within his company on a full-time basis.  Sarah moved into an executive managerial position in a company that is merging with a firm so she will facilitate bringing the east and west coast programs together.  We expect John and Sarah to be excited and feeling acknowledged for their skill and talent and compensated at a new level for their contributions as well.  This does indeed happen.

However, new feelings, questions and challenges arise, too.  It can feel as though they had climbed a staircase for years without really knowing what was at the top. They probably speculated and even dreamed about what it would be like. When they finally got there, though, they realized they don’t look up anymore.  They looked down instead, got dizzy, and felt afraid that they might fall.  They began to ask “Who will catch me now?  I’ve left them all behind.  I’m lonesome.  What if I can’t do the job?  All these people depend on me.  What if I can’t carry the weight?”

Helping someone navigate this change can be very helpful and something I often do as a coach. My first response as their coach was to say “Yes, you can do this. You can carry the weight and your people can depend on you. You would not have been chosen if they didn’t believe that you could do it.”

I then encouraged John and Sarah to look with me at why those that elevated them believed that they can do it.  We reviewed their history and pointed out the successes to remind them that as they step into newly-created positions they have demonstrated their value to the existing team.  Reviewing their history builds confidence in John and Sarah so they could realize how they helped achieve those previous successes.  Repeated success bolsters the ego and lets us know that we can do it again.

Reviewing similar actions from the past can also help to create a roadmap to leverage to develop future plans.  I asked John and Sarah to each look for two successful projects within the past year that we could analyze more closely and use as a template to define their new objectives and a plan for which to fulfill them.  We asked the following questions:

It was important for John and Sarah to generate answers to these questions and be acknowledged for their past success and trust me enough to share errors and mistakes they’ve also experienced without feeling judged, criticized or blamed. Unlike the image that we get from watching sports, the executive coach is not just barking orders.  As a coach, I am often listening, virtually holding hands through the rough spaces, and knowing when a “pat on the back” gets things moving again.  Without this approach and trust in our relationship, Sarah and John never would have told me how scared they were to take on this new challenge. They now set new goals for their new roles and responsibilities. Both John and Sarah are doing well in these new positions and feeling more self-assured.  They’ve accepted that it’s okay to be scared when you go places where you’ve never been.  Our coaching relationship creates a safe place to test new ideas and new ways of sharing both positive and negative feelings so they can be heard and empowered to take action.

Have you ever felt the dizziness from the “view from the top”?  How did you overcome it and move on to accomplish new successful experiences? Or, how are you coaching someone through a similar transition that may be experiencing some of these feelings and questions as they ascend to new levels and responsibilities? We’d love to hear your stories and strategies.

Sylvia Lane is a consultant with ConvergenceCoaching, LLC, a national consulting firm dedicated to developing leaders and transforming teams through coaching, practice consulting, strategic planning and learning and development. 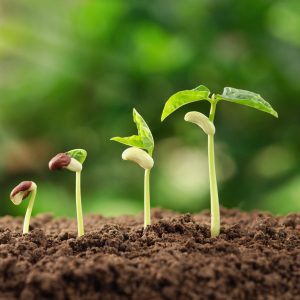 Don’t miss the chance to ensure that your firm is sustainable long-term! Begin NOW to develop rainmakers, build centers of influence, and deepen client relationships. Our Rainmaker Development Program® kicks-off this Friday, August 19th and is designed to develop a business development mindset and skills while focusing on the right growth so you can build a practice you love.